Thousands of women have tried it, and they all have the same thing to say...

Other female arousal products function on menthol, or vaso-dilators (such as L-Arginine). "On" natural Arousal Oil for her uses neither. Created from botanical ingredients that have been used for centuries – but never like this!

This product produces several sensations, starting with an immediate warming effect, then followed by an electrical vibration tingling effect that actually pulses. All of this causes arousal and a moistening effect. The combined effect of this product causes orgasms that are quicker, longer-lasting, and more frequent. Some women have described this as a "3rd level” of orgasm, but don't take our word for it, try it for yourself.

On uses a proprietary blend of essential oils and botanicals to create a safe, natural arousal effect unlike any other.

On contains no harsh preservatives, parabens, perfumes, or artificial flavoring.

Simply apply 1 or two drops to your finger, and gently massage onto your clitoris. Avoid contact with urethra. Within a minute or two, you should begin to feel a warming sensation, followed by an almost eletric buzzing stimulation that will induce natural lubrication.

Over 50 applications with one bottle.

Need To Know:
Do not use On if you have a vaginal infection or if you are pregnant, nursing or trying to conceive. Do not use On with latex condoms. Keep out of reach of children.

Community Reviews
Write your own Review 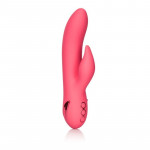 With Coupon Code 93EuxH46 Use in Cart or Checkout

Order this product on its own or with any other "same day dispatch" products before 3pm on a business day and we'll dispatch it that same day.

Order this product on its own or with any other "same day dispatch" products before 3pm on a business day and we'll dispatch it that same day.